Why are children who have a dog or cat healthier? Three reasons to have pets 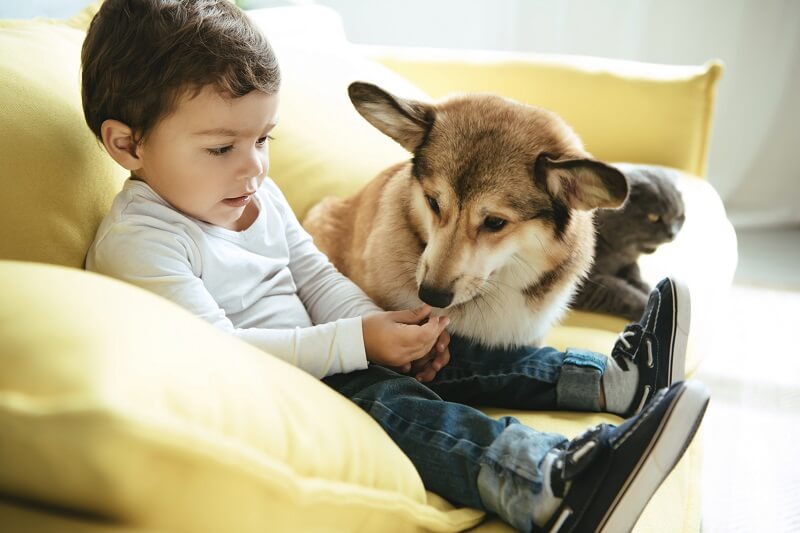 
There are at least three powerful reasons why having a pet is good for a child.

Having a baby is one of the most wonderful times in any parent’s life, but alongside the happiness, there is often a worry. As soon as the tiny baby is born, the world starts revolving around it, parents may often become overprotective of their little one, which is not surprising, because they want the best for him or her.

At this time, many worried parents may start wondering whether it is healthy to keep a pet around a baby, whether the pet will transfer a disease or attack the baby. But research clearly shows that there is no reason to fear that a dog or kitten will seriously compromise the immature immune system and health of a newborn baby.

Why is a dog or kitten good for a baby?

Some parents may think that if a baby is around animals from a very early age, he or she will be more prone to allergies. Research has shown that the opposite is true: the earlier babies are exposed to micro-organisms or dirt brought into the home by pets, the more resistant they become. 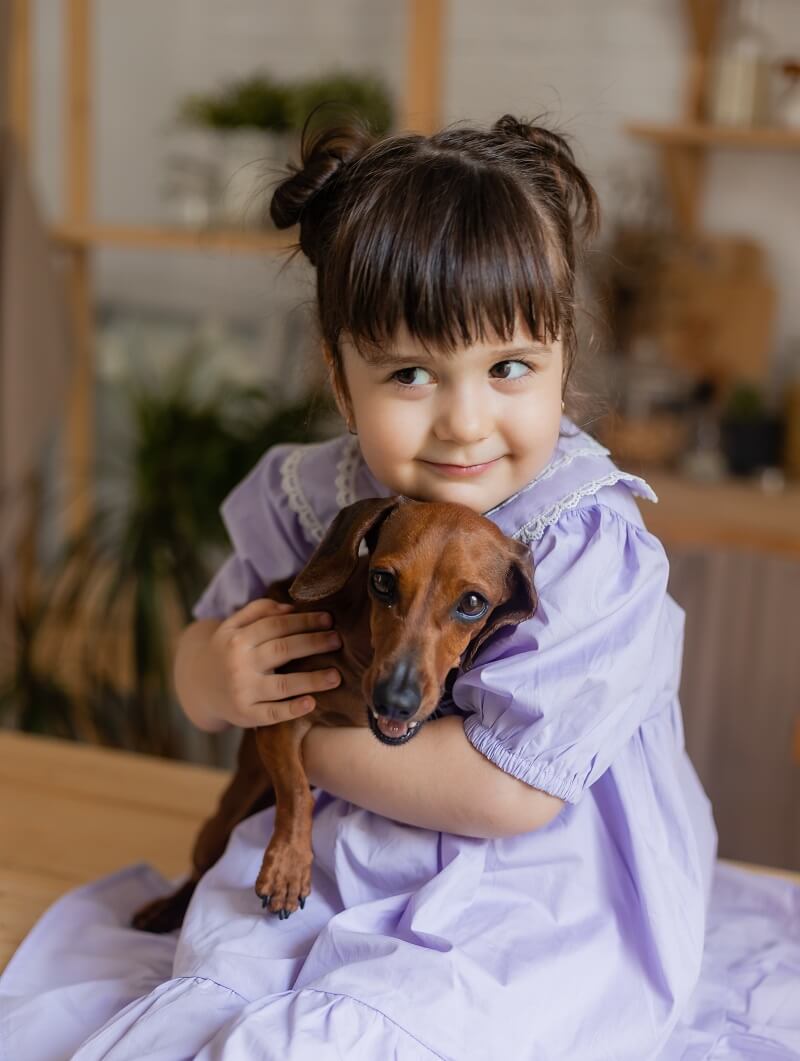 Eija Bergroth, a researcher at the Kuopio University Hospital in Finland, and her colleagues found that babies who are raised with pets from birth are less likely to get sick and need fewer antibiotics than children without pets.

Bergroth and her team followed the lives of nearly 400 Finnish children from the third trimester to their first year of life. The parents kept weekly diaries of their children’s health and their relationship with their pets. It was found that children who lived with a pet were less likely to have respiratory illnesses or allergies than those who did not have pets.

A possible explanation is that contact with animals exposes the child to a variety of microorganisms that train the immune system, making it more resistant to various diseases.

A family dog, raised in a loving way, can be a true companion and a good friend for children. They can play together, enjoy the outdoors daily, and playing with an animal not only boosts the child’s self-confidence and self-image, but also reduces any built-up tension or anxiety. 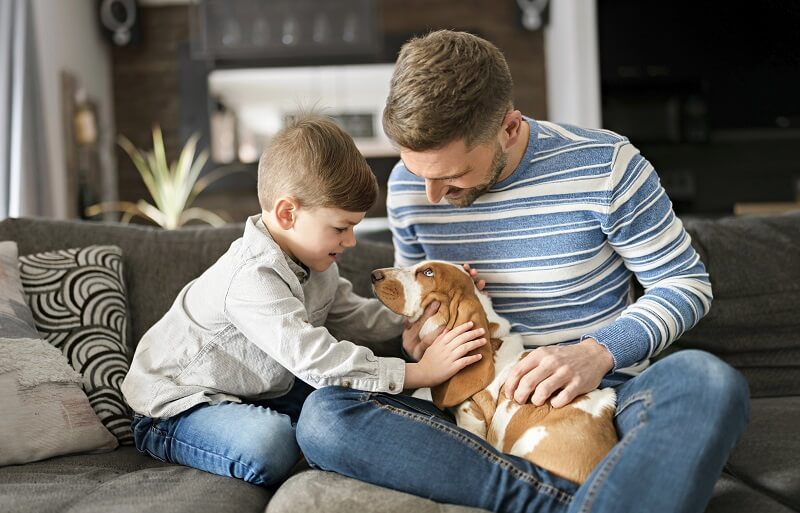 A pet needs to be looked after, and it teaches the child to care for others. Children who grow up with pets are more communicative and have higher emotional intelligence than those without pets.

How can jealousy be avoided?

After the birth of a baby, a pet may become jealous of its offspring. It’s best to prepare the pet for the arrival of the baby. For example, it’s a good idea for the father to bring home a baby suit from the hospital that the pet can sniff out so that the scent of the baby won’t be unfamiliar when he or she will get home from hospital. Once everyone is home, it’s fine to squat down with the baby and let the pet sniff it.

Of course, the two should never be left alone at the beginning, as the baby’s crying may frighten the pet and trigger an offensive reaction. Also, don’t let the dog or kitten sleep next to the baby, as it may accidentally lie on top of the baby, causing the baby to choke. As animals can indeed spread diseases, make sure they are always vaccinated and regularly dewormed.

Gifts that cost nothing, and yet anyone would be happy to receive them