The quickest way to peel pumpkins 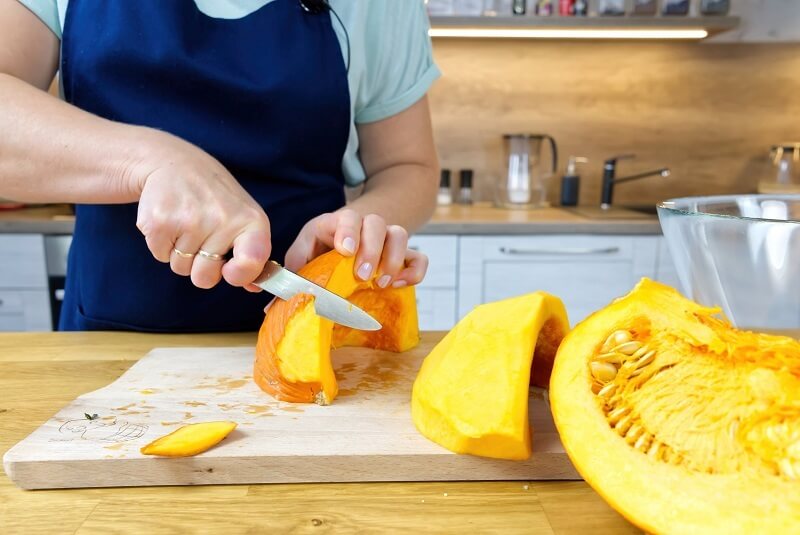 
Autumn is here, and with it the pumpkin season has arrived, which is considered by many to be the best thing to happen in this season. It can be, but peeling pumpkins isn’t easy for everyone. We show you how do it the easiest way.

Pumpkins are sweet, but they also have a great flavor if savory; in fact, they are one of our most versatile vegetables to prepare, are extremely healthy and are one of the best value for money choices in autumn and winter when you’re looking for a hearty, tasty and vitamin-rich ingredient to make delicious meals for many people or for several days. But what is the easiest way to prepare this great vegetable, which often has a very tough skin?

Do you even need to peel pumpkins?

The answer is not clearly yes or no. It all depends on what you want to make from a pumpkin and how you want to prepare it. If you are roasting it in the oven, it is not important to peel it at all, just cut it into the right size slices. It’s true that cutting the pumpkin is not always an easy process, but it can save a lot of time and it is better for your health if you don’t start by removing the hard skin.

The main thing is to cut the round or elongated cylindrical pumpkin in half first, then once you have a smooth surface, place it safely on a board and start cutting it into smaller pieces.

You don’t necessarily need to peel a pumpkin even if you’re making soup; the end result will be much more delicious if you bake the pumpkin in the oven until creamy soft, the flavor will be more concentrated, sweeter, almost caramel-like. You can remove the skin from the baked pumpkin in a matter of seconds and easily blend it.

However, if you are using pumpkin in a dish, a casserole or a pasta sauce, it is much quicker to peel and chop it into small pieces or cubes in the pot rather than roasting it in the oven for half an hour. After all, pumpkin is surprisingly quick to prepare when peeled, but you have to bake it for a relatively long time because of the rock-hard skin. 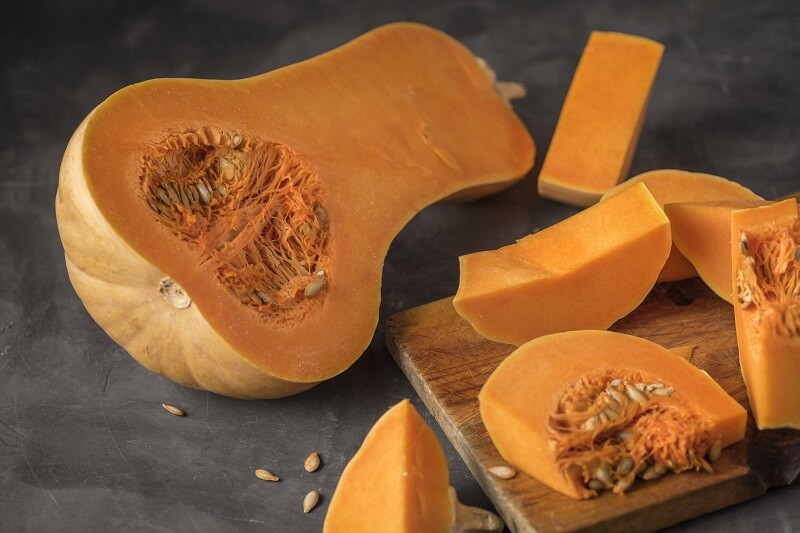 But how do you peel pumpkins?

The secret, whatever the shape of your pumpkin, is to use a firm, non-slip base, because most accidents are caused by trying to cut something that’s moving and rolling around with a very sharp knife. So cut the two ends of the pumpkin in half to get two flat pieces that can be placed on the cutting board so that they won’t fall over even if you start cutting with the knife with more force.

The pumpkin can then be peeled with the knife you’ve been using, by carefully cutting the skin in a circular motion from top to bottom, going around the first cut, as if you were slicing a harder cheese.

Of course, some types of pumpkin don’t have such a thick skin; if you are trying to peel one of these, you can take out your vegetable peeler and easily remove the skin. Even then, make sure that you can easily grip the vegetable. You can work with the peeler safely when the pumpkin is already cut into pieces of a suitable size, so that it cannot fall out, roll out or jump out of your hand.

What about the seeds?

Some people are fond of the seeds and small fibers in the pumpkin and will roast them with the pumpkin, others would rather get rid of them. Some foods are better without pumpkin seeds and core, which is why they should be removed after cutting the pumpkin.

The easiest way to do this is to use a spoon: simply scrape out the seeds from the halved or quartered pumpkin, scoop out the seeds and you’re ready to put the cleaned vegetable in the oven or casserole. But remember that you can also bake the pumpkin seeds for snacking.

How the Hungarians’ favorite cake is made: the Gerbeaud cake recipe

A short reminder that you are meant to achieve something great

Dog abandoned with a bag of toys: a heart-breaking message found by rescuers