Why you should add salt to coffee and what are the benefits of this combination? 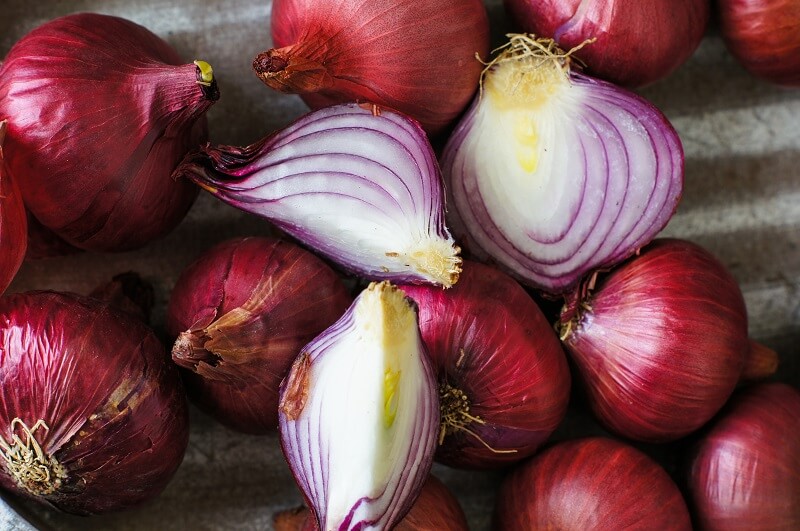 
Onions are an ingredient in many recipes, but nutritionists say it is best to eat them raw.

According to nutritionist Luiza Parvu, the high content of minerals, potassium, calcium, iron, sulfur, as well as vitamins A and E, make onions an important vegetable in a healthy diet. The specialist recommends onions to be consumed in moderate amounts during a weight loss diet because of their high mineral content.

Onions also have antimicrobial properties. For the most powerful effects they should be eaten raw, but those who cannot eat it raw for some reason, can also use it an ingredient in cooked foods. Onions should be steamed rather than fried for better health benefits.
What illnesses can be prevented by eating onions daily?

Specialists have proven that sulfuric substances found in onions have anticoagulant properties, and thus prevent the aggregation of blood platelets. Sulfur also reduces the level of cholesterol and triglycerides in the blood, improving the functioning of the membrane of red blood cells.

Due to the very high content of flavonoids, eating onions is also important in the prevention of heart attack. 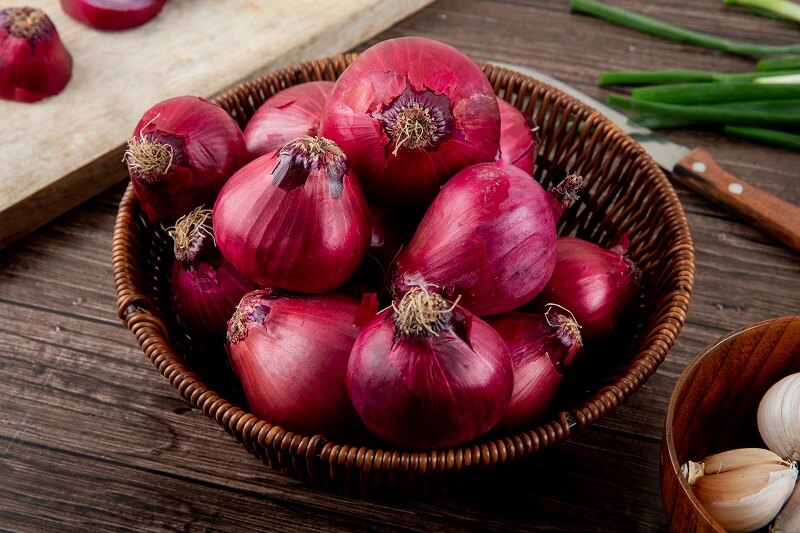 In 2004, The British Journal of Cancer published a study entitled “Eating garlic and onion: a matter of life or death”

Another study conducted in France in 1998 and published in the European Journal of Epidemiology revealed that the risk of breast cancer is considerably reduced in women who consume onions and garlic regularly.

Two independent studies conducted by university hospitals of medical schools in India show that a significant daily consumption of raw onions (140 grams per day) lowers blood sugar, thus preventing and even treating diabetes. Interestingly, another remarkable fact was highlighted in the same studies: onions do not reduce blood sugar levels in people who do not suffer from diabetes. 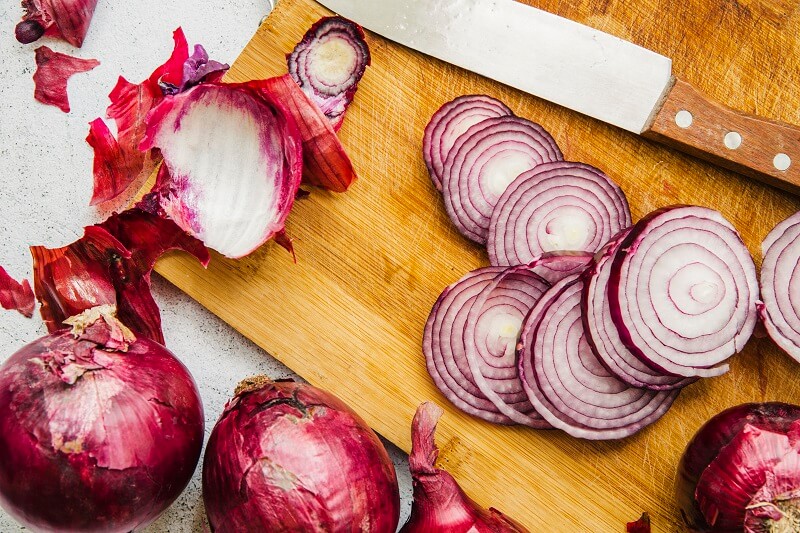 Due to an antioxidant called quercitin, onions have antihistamine effects. Quercitin has been shown to facilitate the elimination of histamines, substances that cause allergic reactions.

Studies have shown that including onions in the daily diet increases bone density and can be especially beneficial for postmenopausal women who suffer from a decrease in bone density. It has also been shown that postmenopausal women are exposed to a lower risk of hip fracture if they include onions in their daily diet. The bone density of older women, who ate onions daily, was proven to be much better than of those who ate onions only once a month or less often. 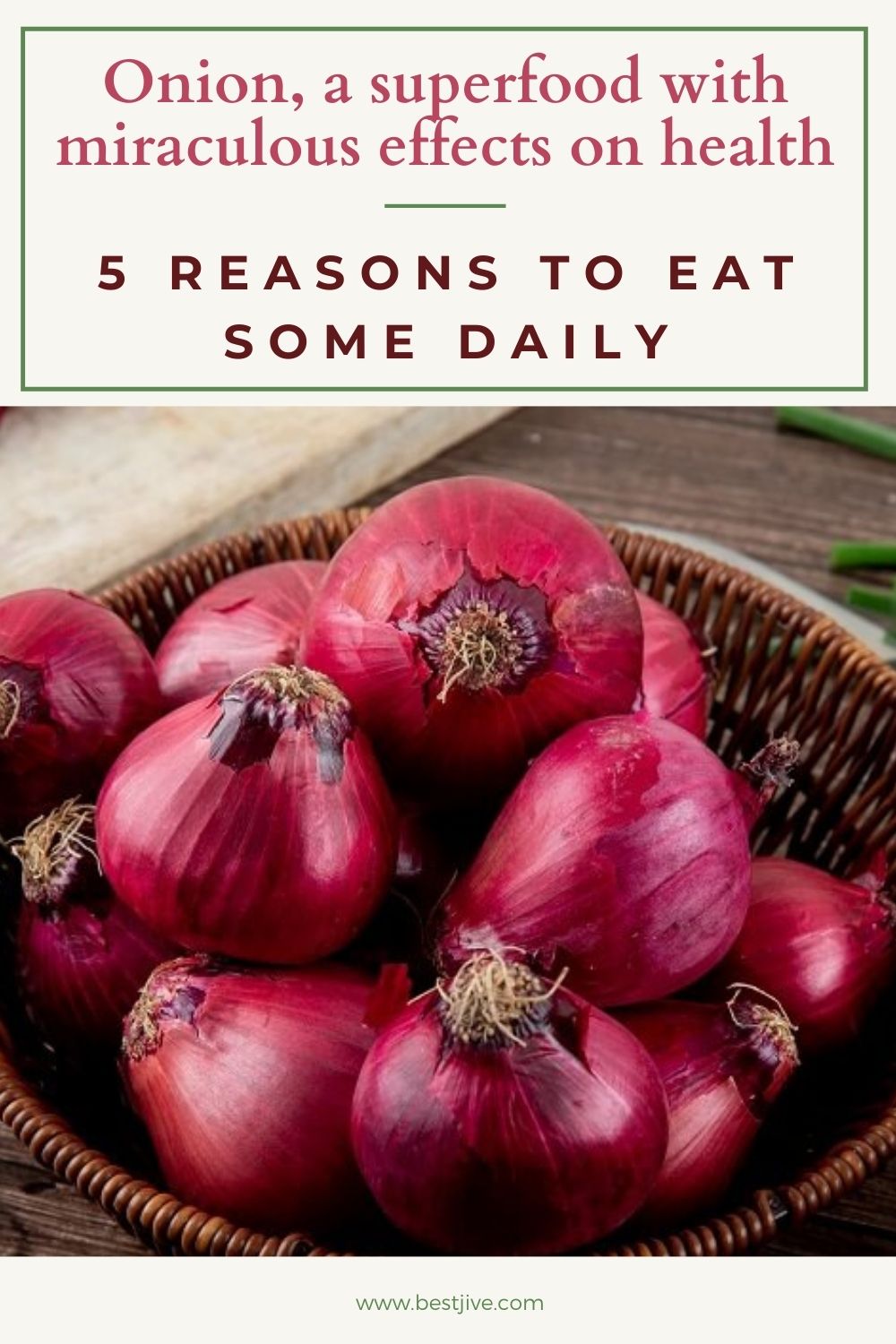 Why you should add salt to coffee and what are the benefits of this combination?

Alfredo pasta with chicken and sausages

The 22-year-old groom died the day after his wedding

Bloating: five drinks that help you get rid of discomfort

How to use lemon peels: 9 useful tips for everyday life

Alfredo pasta with chicken and sausages