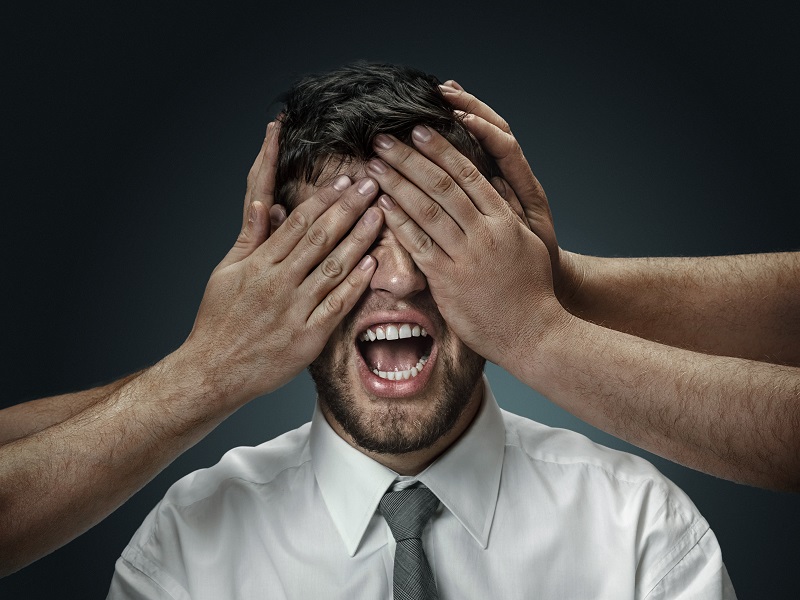 
People who suffer from an excessive desire to control their surroundings may develop serious emotional or psychological problems over time ranging from anxiety to depression. According to psychologists, if you accept that you can’t control everything and everyone, you can have a much greater chance to lead a happy life.

Experts quoted by Psychology Today suggest that most people who focus on things they cannot control develop psychological disorders that are difficult to cure. How do you know if you yourself are suffering from an obsession to control everything? An example is the concern about what others think and say about you, or the urge to change those around you.

The following signs will tell if you are a control obsessed person!

You don’t work well in a team

Working in a team means giving up control. After all, you can’t oversee everything that happens when you’re responsible for only part of the outcome. Many people obsessed with control prefer to work alone and when they join a team, they will often try to tell their teammates how to do things.

You think you can succeed in anything

If you are obsessed with control, you may strongly believe that you can do anything if you invest enough effort and you have certain skills. You probably don’t believe in luck, chance or the right moment, but only in yourself. Most of the time, people who want to have absolute control believe that failure is not an option and become critical of themselves when things go differently than they planned.

You want to change those around you

Most people who want to have absolute control feel that they know what is best for others and try to persuade them to change. They may start giving advice over advice, become aggressive, manipulative, or try to covertly control events, their goal is the same: to make those around them act in a certain way.

You have a hard time existing in a relationship

No one has ever said, “I love being manipulated by a control-obsessed person.” Overly controlling people demand a lot of things from others and give unsolicited advice, and as a consequence they are never surrounded by many friends and cannot maintain long-term relationships.

You obsess over finding solutions to problems that don’t exist

Instead of educating themselves to control their emotions and reactions in difficult situations, people obsessed with control want to prevent everything they perceive as a threat, even if they know they can’t. By obsessing over defensive plans, they waste energy and time hoping that negative things will not happen, often simply because they doubt their ability to handle the hard times in life.

A person obsessed with control thinks that if they want something done right, they have to do it themselves. They usually refuse to delegate tasks, as they are convinced that others will surely make a mistake and mending mistakes will consume more of their time and energy. If a control-obsessed person is forced by circumstances to delegate a task, they will try to oversee every step of the project.

You are ruthless with those who make mistakes

Because people obsessed with control believe that success is the result of talent and personal effort, they lack compassion for those who are still learning how to succeed. A person obsessed with control sees mistakes as signs of laziness or stupidity and believes that everyone must be able to achieve success, regardless of the circumstances.

Why do you feel sick after drinking coffee?

This woman was 72 years old when she became pregnant

Why do you feel sick after drinking coffee?