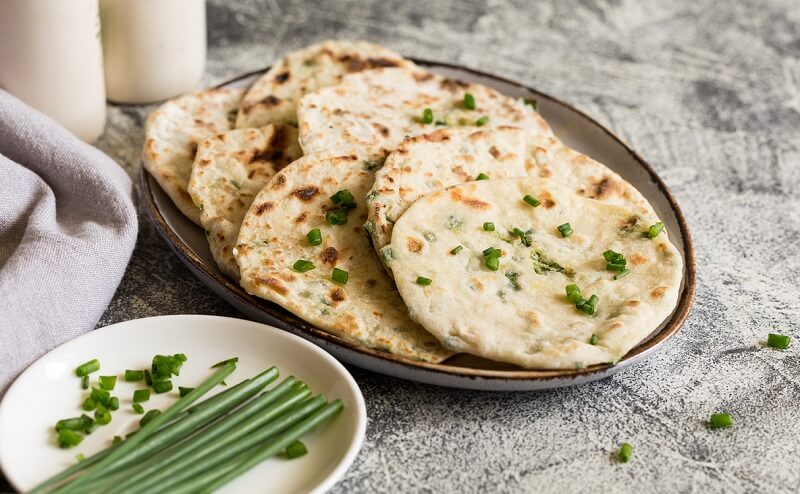 
If you’ve ever been to an Indian restaurant, you’ve probably tried naan bread.

Although naan bread is traditionally baked in a clay oven called tandoori, there are also quick and easy ways to bake it at home. In fact, we believe that naan bread is one of the fastest and most versatile types of bread you can prepare in your own kitchen. If you want to try it, you will find the following recipe very useful. 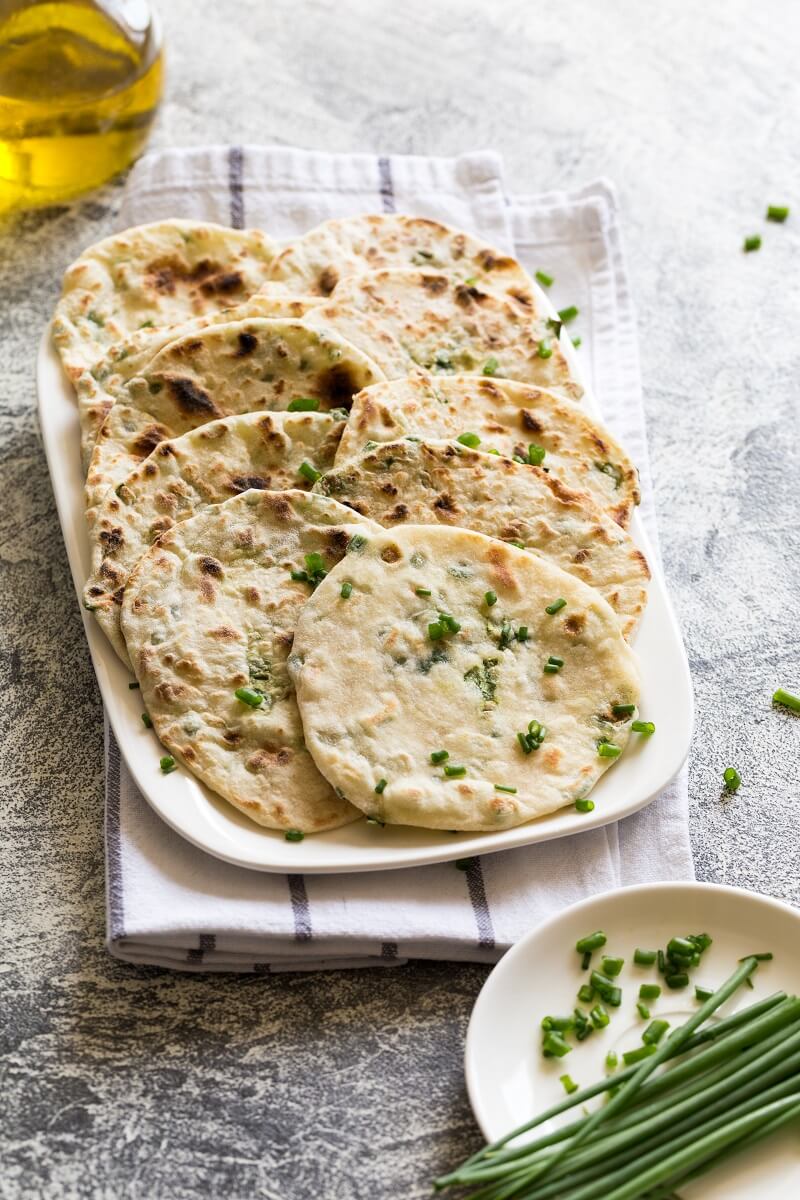 Mix water and sugar in a small cup. Add the yeast and set the cup aside for 5 minutes.

Meanwhile, add the salt and flour in a mixer bowl. Add the yeast (after 5 minutes) and the yogurt, and mix at medium speed until smooth. Gradually increase the speed of the mixer until the dough becomes soft and compact, in about 10 minutes. Don’t worry if the dough is sticky, as this is normal for a yogurt-based dough.

Make a large ball out of the dough and coat with cooking spray (or oil), place back in the bowl and cover with a clean kitchen towel. Allow the dough to rise until it doubles in size, which takes about an hour.

Roll out the dough and divide into eight pieces, as you would proceed with pizza dough.

Heat a cast iron skillet and work with 1-2 pieces of dough at the same time. Spread each piece out into a round shape with a thickness of approximately 0.6 cm. Don’t worry if the shape is slightly irregular, but make sure that it has an even thickness.

Fry each sheet for 1-2 minutes on each side, until it turns into a coppery color. Once fried, remove onto a plate and cover with a towel. Repeat the process with the remaining dough.

The 22-year-old groom died the day after his wedding

What does it mean when you dream that someone is dying